A substitute venue for the Avignon opera: the Opéra Confluence

Temporary theatres are currently in vogue, and so is wood as a building material. In Avignon, the two elements now meet in the Opéra Confluence, whose name says it all. As an interim solution while the city’s opera house is being renovated, a re-usable construction of wooden beams covered in corrugated metal, fitted with second-hand interior furnishings, has been erected outside the city gates. Light, cheap and mobile – the project marks efficiency at the city limits instead of opulence in the city centre and made a big impression on visitors to the ITEAC.

In its light grey corrugated iron cladding emblazoned with red lettering, the Opéra Confluence stands out in the landscape, even viewed from the train heading for the TGV station. From the distance, the slanting walls give the construction an almost futuristic appearance. But up close, a different picture emerges. Standing right outside, the viewer’s gaze is dominated by the angular metal exterior, which is more reminiscent of an industrial warehouse. It is a temporary solution raised to the status of an architectonic study. Built in cooperation with the Avignon company Gaujard Technology, the roof, walls and interior of the Opéra Confluence can be entirely dismantled for transport and re-use. The foyer is made of container constructions, as are the side wings, housing the boxes and offices. The inner shell and the supporting beams are made of wood. The walls and ceiling consist of pre-fabricated elements that were assembled in record time. The DE-SO formula is plain and simple: 1.8 million Euros building costs x 6 months construction time = capacity for 950!

Opera on the road

The mobile hall is tailored to suit the budgets of medium-sized or even small towns looking for a provisional venue. That is made possible by the use of prefabricated modules and ready-made components. In Avignon, for instance, the seating and stalls have been sourced from Liège, where an interim theatre was set up in a marquee while the royal opera was under renovation.

The entire architecture has been arranged to incur a minimum of costs, foregoing extras such as wall coverings. Over a third of the budget went into ventilation and air conditioning, which is absolutely essential in the heat of the Provence.

One hugely practical aspect is that stage elements can be loaded straight from lorries into the building via two doors at the rear edge of the stage, built to correspond with the width and height of a container opening. The stage elements are stored in a wing outside the main building. The offices and boxes are also housed in extensions made of containers, known here as ‘bungalows’.

Almost the entire surface area, covering 45 x 30 m, can be used for performances. Working conditions for the light and sound technicians are also fantastic. Where else would they have a 30 m-wide ramp at their disposal? Steps on the right and left sides lead up to their workspace, running along the entire breadth of the hall. The technicians’ view of the stage is as good as the audience’s. “That means that the technicians, directors and performers can all communicate quickly and directly,” enthuses the theatre’s acting technical director, Valentin Clavel-Segura. In fact, the only place in the Opéra Confluence it might get cramped is not in the hall but in the foyer. But if that happens in the Provence, you can just open the doors on to the courtyard. After all, it’s warm enough and the mistral is blowing all around and down the tracks to the station. 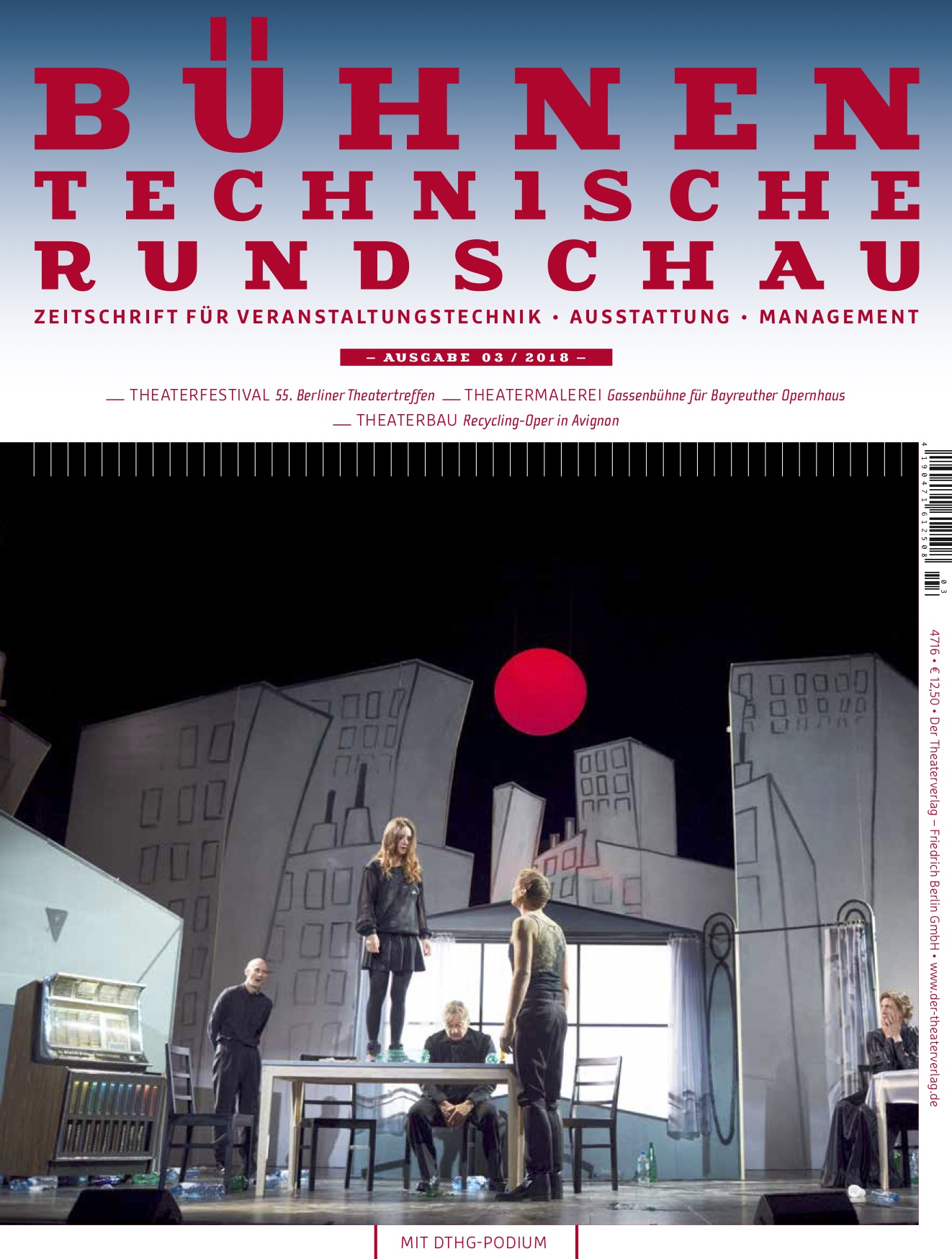 How can we keep theatre history alive, or perhaps even revive it? In this issue, we look at a range of different projects that offer possible answers. First, feast your eyes on photographs and historical drawings illustrating the opulence of baroque theatre: in this case, the Markgräfliche Opernhaus in Bayreuth, built in 1748, which reopened in April after renovation. This involved the...